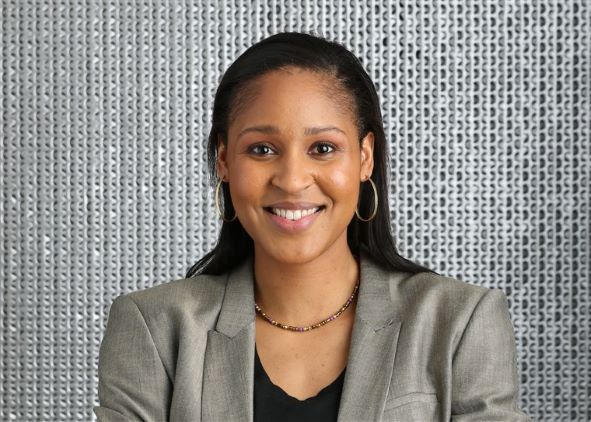 We are very excited to recognize Maya Moore, Founder of Win with Justice, with a 2020 Elite Leadership IMPACT Award in sports.

In 2017, Maya Moore was named Sports Illustrated’s Performer of the Year after leading the Minnesota Lynx to their 4th WNBA Championship. This was after winning back-to-back NCAA Women’s Basketball Championships with the University of Connecticut, a WNBA Finals MVP, two WNBA All-Star Game MVPs, two Olympic gold medals and the WNBA Rookie of the Year Award. She was called “the greatest winner in the history of women’s basketball (with the best yet to come),” also by Sports Illustrated. In 2019, she decided to put a pause on her basketball career to help an inmate wrongly convicted of a crime.

Maya heard about and met Jonathan Irons through a family friend when she was 18 years old. He had been accused of burglary and assault with a deadly weapon when he was 16. He was tried and convicted as an adult and given a 50-year sentence, in spite of not finding a weapon and the lack of evidence tying him to the crime.

Maya worked with a different type of team and in March 2020 won the release of Mr. Irons after he spent 23-years in prison. Athletes are increasingly speaking with more urgency about social issues, but few have been as engaged as Maya. She has supported the effort to free Mr. Irons with her money, time and career. In fact, she took another year from the WNBA to continue her fight for social justice.

As Maya had hoped, making a difference in just one case has animated other athletes to use their platform to help overhaul the American justice system. In June 2020, three of Maya’s former Connecticut teammates also opted out of their WNBA seasons to fight for social justice or attend law school, thus proving the depth of Maya’s leadership abilities.

Read the articles and watch the videos below to see how Maya uses her leadership abilities to fight for social justice. Thanks, Maya, for using your platform to impact the lives of people in need of an advocate.

“I think a winner has to be a master of preparation, they have to be
a master of connection, extremely competitive and have really
high standards for themselves and the people around them.”
– Maya Moore

“I think our criminal justice system has two problems. We have systematic
problems and we have people problems. So if the hearts of people
are not about justice than any system you have won’t work.”
– Maya Moore

Where Maya goes, championships seem to follow: Maya is a four-time WNBA Champion, six time WNBA All Star, Olympic Gold Medalist and has won more games than any player in college basketball history.

Standing on the shoulders of pioneers, Maya Moore has never done anything but win. She has done it with fire, with polish and with integrity. She is Generation Next, the thoughtful athlete turned cultural icon, loved by the media and anointed by Michael himself. She is our most amplified crossover star and pay attention — she is changing the game.

After capturing back-to-back undefeated national championships in 2009 and 2010 at University of Connecticut and captaining the team that set the NCAA record for most games won in a row (90), Maya was the NCAA Academic All-American of the Year and drafted #1 by the Minnesota Lynx in the 2011 WNBA Draft. [READ MORE]

Maya Moore left the WNBA to help free a man from prison. She might’ve saved his life, MayaMoore.com, March 2020

Maya Moore, the Game-Changer: ‘This is the Epitome of Using Your Platform’, The Undefeated, July 2020