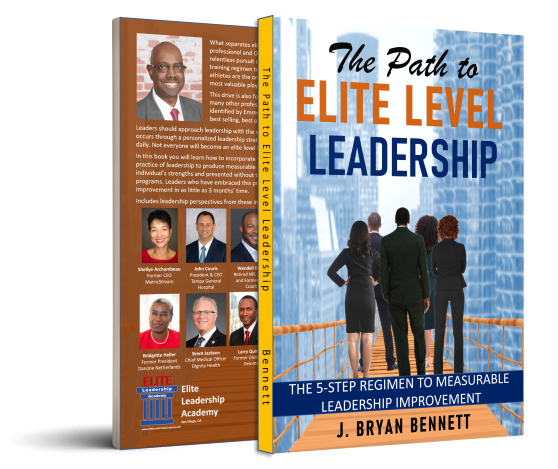 Elite leadership is what separates great leaders from good ones. It’s the same thing that separates good athletes from elite athletes. Elite athletes focus on improving their craft by following a regular practice and improvement regimen. Elite athletes are the ones who win championships, most valuable player awards and/or Olympic medals. This approach to improvement is also followed by award winning TV and movie performers, musicians and vocalists, chefs and renowned artists.

The key to becoming an elite level leader is to approach your leadership the same way. That is, with a lifetime practice and improvement regimen that is regularly refined. “The Path to Elite Level Leadership” is your guide to learning that regimen. It’s not about following a particular leadership methodology. It’s about creating a personalized leadership philosophy that is adaptable to almost any leadership encounter you may face.

It includes leadership story insights from:

It includes athletic interview perspectives from:

Learn more about the book and place your preorder at EliteLevelLeadership.com. Thank you for your support.