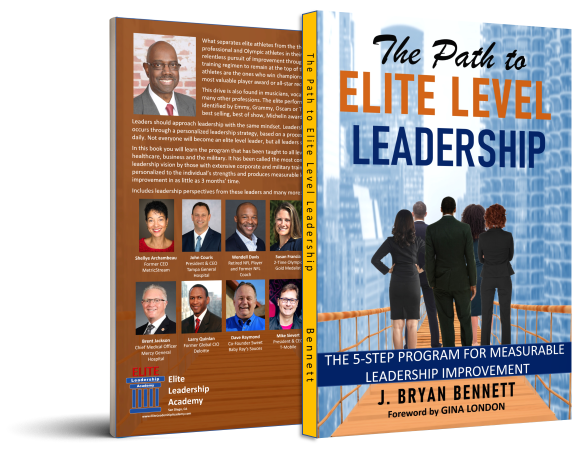 Learn the program that was developed based on the way elite athletes and Olympics athletes remain at the top of their game. This is the same approach taken by musicians, vocalists, artists, chefs and many other professions.

In this book you will learn the program that has been taught to leaders at all levels from healthcare, business and the military. It has been called the most comprehensive leadership vision by those with extensive corporate and military training. The journey is personalized to the individual’s strengths and produces measurable leadership improvement in as little as 3 months’ time.

The book features a Foreword written by Gina London, Emmy Award winning former CNN Correspondent and CEO of Language of Leadership. It also includes leadership perspectives from these leaders and many more:

Trending
PSST! The Leadership Gaps are Coming from Inside Your Organization!

Order your copy of the book today on Amazon at: https://amzn.to/3wCdXZR.

Post a picture of you with the book on social media with the hashtag #elitelevelleadership and receive leadership training discounts and an invite to a special webinar!

Thank you for your support.